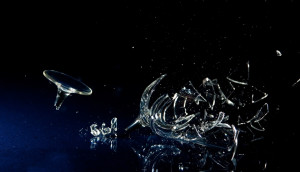 I just had the most frustrating negotiation of my life and it was unsuccessful. My buyer clients were so difficult that in the end the Seller’s refused to sell to them saying that they didn’t trust them.

These clients were difficult from the beginning but I stuck with them as they were a referral from a great advocate of mine. When we finally found a home that they were interested in, they were so negative and focused on everything that was wrong with it. I was wondering why they were offering on a property they didn’t like. They made a low offer and the husband confided in me that he wanted the property more than the wife did but that he’d deal with her. For several days we played around with very low offers that the seller was not interested in. My clients bickered with each other and bickered with me and it seemed obvious to me that they didn’t want the property. They were driving me crazy. Eventually they came up with an offer that evoked a very fair sign back but the wife insisted that she would not go above their last offering price. There were more rounds of negativity, aggression and requests for commission reductions that ended in a non-collaborative phone call with me. I sort of lost my cool and told them what I really thought. Oddly, this resulted in an improved offer that was acceptable to the sellers. The sellers signed back with minor date changes only and then the buyers wanted to lower their offering price. The sellers freaked out and decided not to sell to the buyers unless the buyers removed all conditions.

Where did I go wrong?

Ouch. Sounds like a nasty few days. What you have here is a classic example of highly competitive negotiators that outsmart themselves and ruin a perfectly good opportunity to buy a home. It happens and under buyer agency, we have a responsibility to help them manage this misconstrued concept that competitive or aggressive bargaining will benefit them in real estate negotiations.

There are several classic competitive negotiation tactics that they buyers used through the process.

They use the good guy/bad guy tactic when the husband confides in you. He takes the good guy role to keep you in the game and she takes the bad guy role to corner you into bargaining hard for a lower price. She is also likely  setting you up for commission negotiations.

They use the low ball tactic early in the negotiations to get the sellers thinking in terms of an anchor that is more favourable to the buyers.

The use the intimidation tactic by bad mouthing the house and focusing on all the negative things.

And finally, they use the nibble tactic at the end when the sellers open the door on the sign back with minor date changes.

As competitive negotiators, they believed that this approach would give them the best outcome.

This article from the Harvard Archives  discusses the risks of a competitive approach to high stakes negotiations.

In this case, the use of these tactics eroded your empathy for them and eliminated the sellers trust. This resulted in a failed negotiation.

As a real estate professional and a negotiation expert, it may have been beneficial to spend the time and effort early in the process to build a collaborative relationship with the buyers and to help them see in advance that their approach could have negative results. It is my belief that establishing the buyer agent relationship at the very beginning of the process can improve the overall results dramatically. If you are unable to establish a collaborative relationship with the buyer, it may not be possible to represent them adequately to satisfy our fiduciary duties.