Don’t ignore the power of intentions.

I heard a very cool comment from one of our clients this past week: “Each time I list a home, I make it my intention that the listing will lead me to another listing.” I dug a little deeper, and guess what? It turns out that she is amazingly successful with this technique. Last year alone, she was able to secure a second listing five separate times as a direct result of a current listing. In her marketplace, houses average around $650,000, meaning she earned an additional $80K or so in gross commission.

I probably have your attention now, right?

Intentions are not magic, nor are they some sort of secret. Setting intentions is simply a technique used to focus your awareness, your thoughts, and your actions on an intended outcome.

Intentions are used all the time in sports coaching. When I used to race sailboats internationally, we always had a team meeting before the regatta to discuss and decide on our intentions. There were a couple of girls who wanted to play it safe by having the intention of “finishing well” – except since finishing well has no specific definition, this intention had no meaning and inspired no particular action.

Being specific is the key to setting intentions. My team would set an intention in alignment with what we could reasonably achieve. In some cases, our intention was to finish in the top 25%; in others, it was to come in first place. Interestingly, the outcome almost always aligned with our initial intention. Conversely, if we failed to have that pre-race meeting, we usually performed at a lower lever than what we were capable of.

Being realistic is another important criteria in setting intentions. Simply put, if you set unreasonable intentions, you are not likely to be successful. For example, setting an intention to get five new listings as a direct result from each listing, or setting an intention to place in the top three in the Toronto Marathon when your current best time is over four hours – these are not reasonable intentions. Sure, anything is possible, but deep down, you’ll know the outcome is unlikely and you won’t really believe in it. If you don’t believe in your intentions, they won’t pan out. 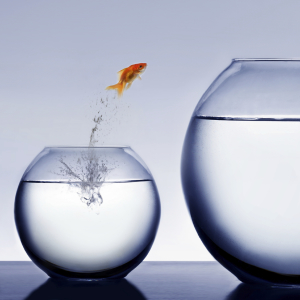 It’s as easy as this:

1. Set a reasonable intention.
2. Envision that intention coming true.
3. If you really, truly believe your intention is possible, then you will take action to make it happen.

In the case of getting a new listing from an existing listing, action items might include reaching out to neighbours about the listing or talking with the seller about others they know who are thinking of moving. It could be making the effort to answer each inquiry on the property with focus, awareness and curiosity.

The key is having a clear intention that matters to you and that you believe in. If you’ve got this, you’ll take the appropriate action steps and will be in the mindset that is crucial to success.

Here are a few other areas in real estate where you might consider setting intentions:

All of this matters – so start setting those intentions!